History of the Ashram

In 1962, Russell and Judith Perkins, initiated by Sant Kirpal Singh in 1958, purchased an abandoned farm in Sanbornton NH, Russell’s hometown, seeking a quiet, out-of-the-way place to raise their family. Taking the name from an old book published during Baba Sawan Singh’s lifetime by the “Sant Bani Book Depot” they named the property “Sant Bani Farm.” When Master Kirpal Singh announced plans for his 1963 World Tour, they invited him to visit their home. To their great surprise and joy, he accepted their invitation.

Joined by a small group of about thirty followers, Master Kirpal visited the farm on October 11, giving satsang at the nearby Unitarian Church (click here to listen to it) and staying at the house overnight. During the satsang he referred to the Perkins’ home as “Sant Bani Ashram.” The next day Russell and Judith offered to give the ashram to the Master, but he told them to keep custody, and “Maintain it according to my teachings, that’s all.”

After Master’s visit in 1963 the activities of the ashram grew steadily. The ashram held satsang regularly and the local sangat expanded. Russell became a representative of Master Kirpal Singh, authorized to perform initiations for those accepted by the Master. Russell and Judith made several trips to visit the Master in India, during which Master requested Russell to print the English version of his books and edit the English version of his monthly magazine Sat Sandesh. In 1970 sevadars built a meditation hall as part of the ongoing expansion of ashram facilities. In 1972 Master Kirpal Singh again visited Sant Bani Ashram as part of his Third World Tour, staying for five days with several hundred initiates participating in the program. Prior to his visit the ashram built a small house for the Master to stay in, alongside a small pond created to enhance the ashram environment. Later, in 1973, he approved the establishment of a school on the ashram grounds for the children of local initiates and others. 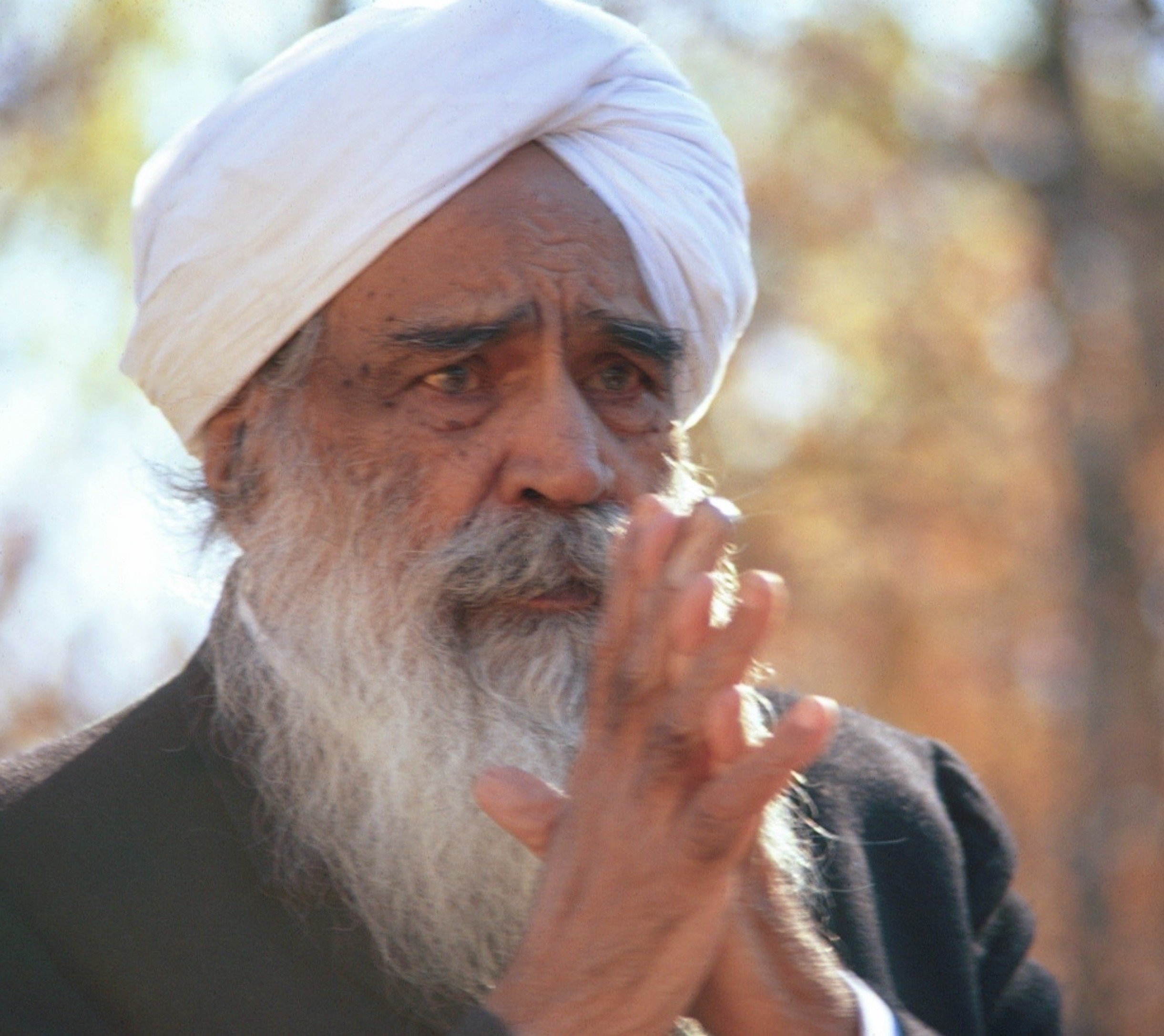 Master Kirpal Singh left the body in 1974. His successor was not known at the time. In 1976, inner guidance from the Master led Russell to seek and find Master’s living successor, Sant Ajaib Singh, also known as Sant Ji, living at the time in a very remote desert ashram in the Indian state of Rajasthan.

Sant Bani Ashram became Sant Ji’s base for the Western world. He visited the ashram for extended stays in May and August 1977, as part of his tour of North and South America. He requested Russell to be his representative for North America and to edit and publish a monthly magazine, Sant Bani Magazine. For many years the ashram organized the regular visits by groups of Western disciples to Sant Ji’s ashram in Rajasthan and other programs in India.

The growth of the ashram staff and facilities and of the local sangat continued. Master’s house, the Meditation Hall, and the pond were all expanded, and a large field cleared behind Master’s house to provide a walking area for Sant Ji during his visits. The Sant Bani School grew to include a high school and eventually became its own entity separate from the ashram, although remaining on adjacent property. Sant Ji visited Sant Bani again in 1980, 1984, 1990 and 1996 for programs of meditation and satsang, with each program growing in size.

Sant Ji left the body in July 1997. After his passing, the ashram has continued its program of daily satsangs and meditations, enhanced by group and individual meditation retreats. In 2020, in the face of the COVID 19 pandemic, the ashram began holding satsangs and retreats virtually using Zoom meetings. This allowed a substantial expansion of participants and will continue, regardless of the course of the pandemic. At this time, the ashram remains committed to its mission serving as a place of spiritual retreat, dedicated to the teachings of Sant Ajaib Singh, Sant Kirpal Singh and other past Masters. 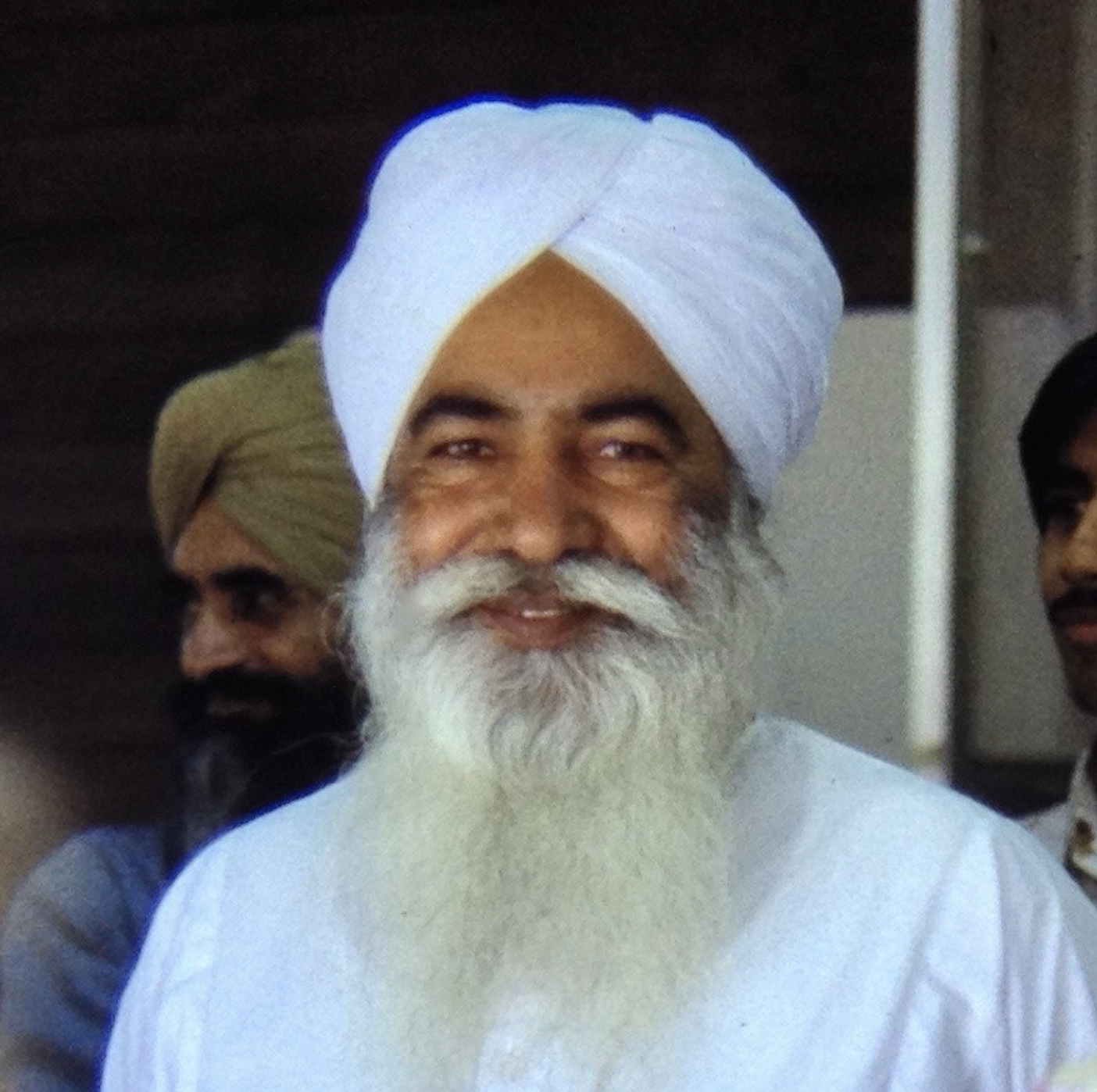 Master Ajaib, during His first visit to Sant Bani Ashram, (May, 1977).